From skin to skin
Leather against skin

The skin contains us entirely as an envelope organ (the sense of touch), defining us as autonomous biological beings as well as identities perceived from outside. It is at the same time our container and our last frontier with the outer world that it delimits. The paradox of this outlining surface is therefore located between the glance that others give to it and what it shows of oneself, sometimes in spite of oneself. The skin lives its own existence as a movement of the organic and of the perception by multiple interactions. Yet it can also unveil oneself through a set of body reintegrations, or reappropriations of some kind, whether it would be voluntary (tattooing, piercing, etc.) or sustained (livestock branding, ethnic identity, etc.).

In the History of Art, the skin still holds a unique position:
Michelangelo’s self-portraits made for the Sistine Chapel as well as St Barthélemy holding his own skin, Slaughtered Ox by Rembrandt, The Skin of Sorrow by Balzac including in particular Self-Hybridization by Orlan, Skin of Leaves and Body imprints by Giuseppe Penone, without forgetting the interactive barks by Scenocosme. This artistic proliferation around the border between the flesh and the world confirms the idea of Paul Valéry: « The deepest thing in man is the skin. »

José Man Lius, both a visual and video artist, performer, and photographer of Caribean descent, decomposes and superimposes models of artistic expressions. He explores and revisits the richness of related subjects to achieve a hybrid point of view nourished by not only the history of the West Indies but also by a multi-cultural identity. Via such constitutive and specialized miscegenation of artworks, a unique view is born; sometimes critical and paradoxical, often poetical, it examines the positioning of this particular surface in a globalized world. He works through the theme along three axes: scarification, social corset, and INTER/FACES.

Scarification or the struggle between the organic and the artificial

Whilst referring to the ancient practices of African ethnic groups, in particular to the scarifications in the Moose of Ghana or other ethnicities of Burkina Faso, the project entitled Organic vs. GMO interrogates the evolution of food consumption at a large-scale.

The method, used in the context of this project, embodies the scarring process of apples’ various texture patterns. Afterwards, apples are left to ripen. However, the preservatives applied on this fruit radically interfere with the process of natural putrefaction.

The metamorphosis that occurs during their aging process makes the apple texture similar to leather. This new skin becomes a carrier of paradoxes, such as: extension of artificial life or eternal stasis? Inert or organic?

The Organic vs. GMO installation and those newly transformed and aligned apples seize us into a global, singular perception. Motionless, the fruit envelopes mutate into loci of memories and stigmas. They are testifying about communities and of the diversity of individual people.

A mute dialogue is thus established between nature, culture, and artifice. These apples cast doubt upon not only the limits of every each one of us or the group as a whole, but also upon the role of organic matter in the world of tomorrow.

The Social Corset project is to evoke the external influences that stamp the skins and the spirits in a world in which commercial « brands » have never been more present. Then, what is « marking » if not an attempt to label, and therefore to appropriate?

The production of this project relies on the digital processing of naked skin photos and integration of Córdoba leather patterns into them; diverted into a new graphic level, it evokes virtual tattooing.

It is the juxtaposition of « markings » that gives a certain social identity to the body. Through that artistic approach, the confluence of representations reveals a usually hidden skin: the Social Corset. Whether the skin is embossed, tattooed, stapled or scarred, its role here is that of the mask or the garment. The neutral nudity and the illusion of intimacy do no longer exist.

In the exact same way as the outfits, the bodies surface carries a historical and social complexity, while the barcode becomes the universal paradigm and brings the echoes of globalization. Even the allegorical figure of humanism values, the Vitruvian Man, is diverted, and thus symbolizes a mark of a certification, a standard, a model in the commodification of human. The superposition of violence, endured while forming the Social Corset, creates a new aesthetic that speaks about individuality despite people-formatting events. 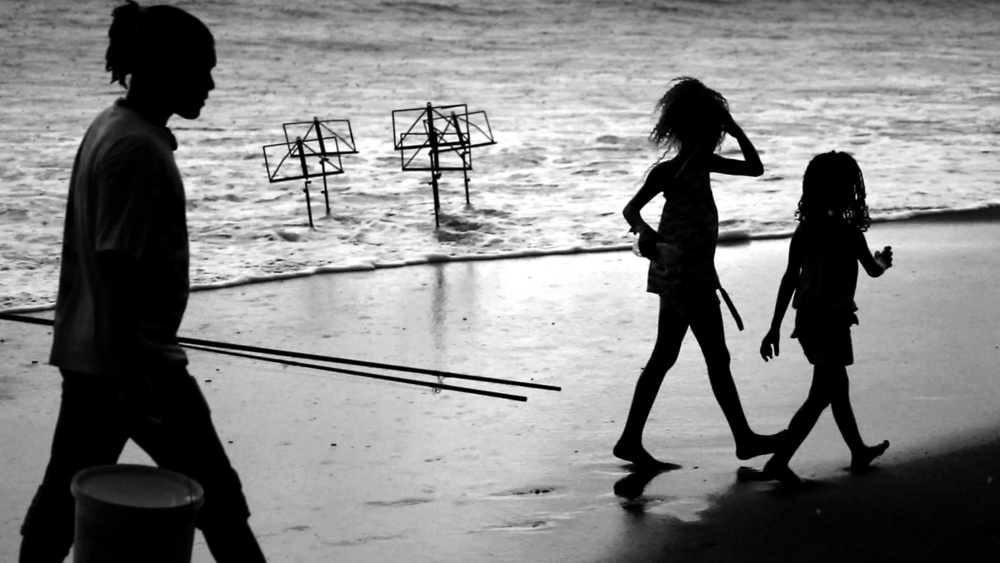